As an embryo develops, tissues bend into complex three-dimensional shapes that lead to organs. Epithelial cells are the building blocks of this process forming, for example, the outer layer of skin. They also line the blood vessels and organs of all animals. These cells pack together tightly. To accommodate the curving that occurs during embryonic development, it has been assumed that epithelial cells adopt either columnar or bottle-like shapes. 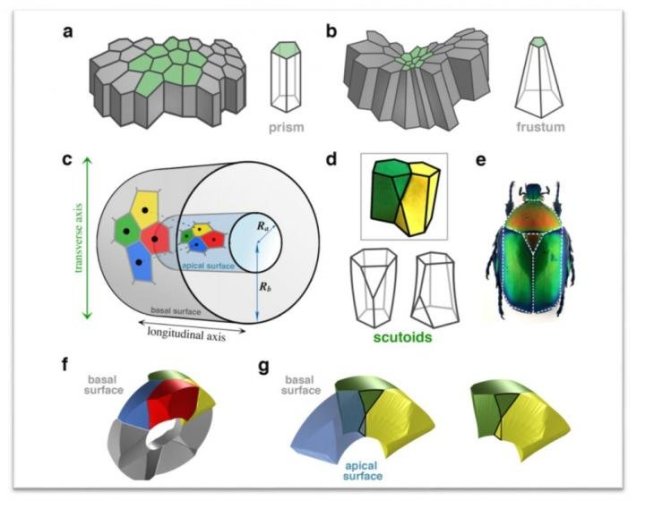 However, a group of scientists dug deeper into this phenomenon and discovered a new geometric shape in the process. They uncovered that, during tissue bending, epithelial cells adopt a previously undescribed shape that enables the cells to minimize energy use and maximize packing stability. The team’s results will be published in Nature Communications in a paper called “Scutoids are a geometrical solution to three-dimensional packing of epithelia.” The study is the result of a United States-European Union collaboration between the teams of Luis M. Escudero (Seville University, Spain) and that of Javier Buceta (Lehigh University, USA). Pedro Gomez-Galvez and Pablo Vicente-Munuera are the first authors of this work that also includes scientists from the Andalucian Center of Developmental Biology, and the Severo Ochoa Center of Molecular Biology, among others.