If you happen to have a box of spaghetti in your pantry, try this experiment: Pull out a single spaghetti stick and hold it at both ends. Now bend it until it breaks. How many fragments did you make? If the answer is three or more, pull out another stick and try again. Can you break the noodle in two? If not, you’re in very good company.

The spaghetti challenge has flummoxed even the likes of famed physicist Richard Feynman ’39, who once spent a good portion of an evening breaking pasta and looking for a theoretical explanation for why the sticks refused to snap in two.Feynman’s kitchen experiment remained unresolved until 2005, when physicists from France pieced together a theory to describe the forces at work when spaghetti — and any long, thin rod — is bent. They found that when a stick is bent evenly from both ends, it will break near the center, where it is most curved. This initial break triggers a “snap-back” effect and a bending wave, or vibration, that further fractures the stick. Their theory, which won the 2006 Ig Nobel Prize, seemed to solve Feynman’s puzzle. But a question remained: Could spaghetti ever be coerced to break in two? 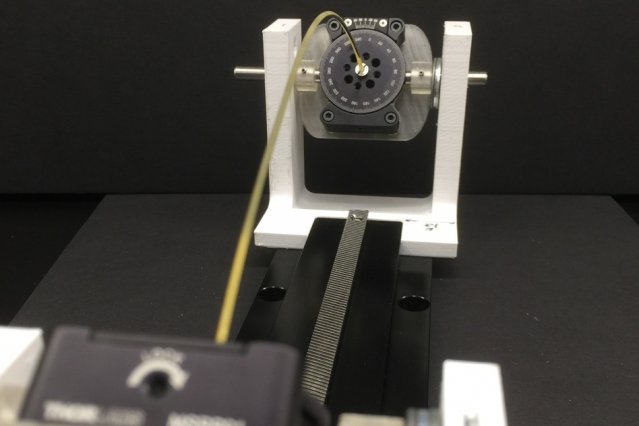 The answer, according to a new MIT study, is yes — with a twist. In a paper published this week in the Proceedings of the National Academy of Sciences, researchers report that they have found a way to break spaghetti in two, by both bending and twisting the dry noodles. They carried out experiments with hundreds of spaghetti sticks, bending and twisting them with an apparatus they built specifically for the task. The team found that if a stick is twisted past a certain critical degree, then slowly bent in half, it will, against all odds, break in two.The researchers say the results may have applications beyond culinary curiosities, such as enhancing the understanding of crack formation and how to control fractures in other rod-like materials such as multifiber structures, engineered nanotubes, or even microtubules in cells.