The robotics company iRobot, known for creating the autonomous and endearing Roomba vacuums, is taking steps to make a clean sweep of lionfish in the coastal waters of the Atlantic Ocean, with a robot designed to target and dispatch the invasive fish. A diving robot will enable individuals on the ocean surface to remotely zap and kill lionfish with electrical charges. The effort is meant to help curb the fast-growing populations of these voracious predators, which are recognized by environmental officials as a serious threat to marine ecosystems in the western Atlantic. 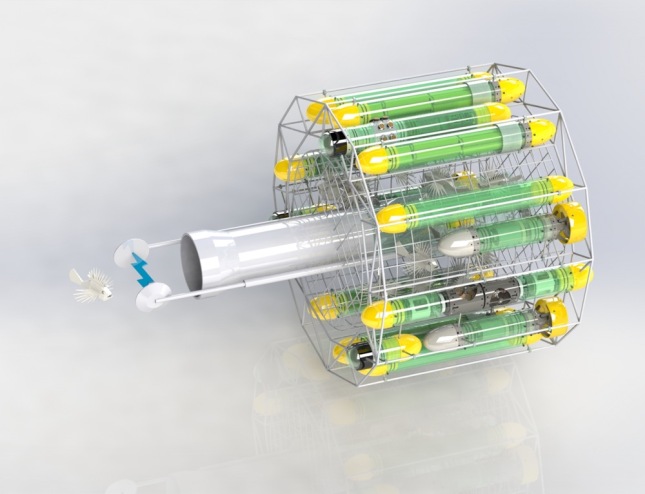 In Florida and in the Bahamas, where native fish and coral reef ecosystems have been especially hard-hit by booming lionfish numbers, environmental officials have organized hunting events encouraging divers to catch as many lionfish as possible. Research showed that the hunts can help native fish rebound, but they are most effective when targeting small areas, and won’t control lionfish populations on a larger scale.

Diving robots would need to get very close to their targets to deliver the killing shock, and tests showed that the lionfish didn’t seem spooked by an approaching robotic hunter. While other fish would quickly swim away when approached with probes similar to those the robot would carry, lionfish didn’t respond — perhaps because they aren’t used to being hunted by natural predators in that region, Rizzi suggested.

“We’ll be their first predator,” he said. “They won’t see us coming.”