Why?
Well, first off, we here at Cinesaurus really love Dumb Ways to Die. Second, we are huge fans of NASA and everything they are doing here on Earth, in Space and on Mars. We like to do anything we can to help support NASA and think you should too! Write to your Senator, call them, make sure they don’t cut any more of their budget.

Who is Cinesaurus?
We are a Seattle-based creative team who loves to tell stories and make an impact on the world. We believe in supporting education, science and exploration. Our other videos include “We’re NASA and We Know it” and “iPhone 5 A taller change than expected”, as well as the rest of the videos on this channel.

Since Time named it one of the best inventions of 2009, the YikeBike’s New Zealand inventors have pushed forward with the design, recently rolling out two new models. Through a Kickstarter campaign, the company is now taking preorders for its brand new Model V and Model C units. The company’s goal is nothing short of global domination.

“Our aim when we started this project was to design something that could become the most commonly owned transport device in the world,” the campaign reads, “and we think we may be on to something.”

The YikeBike is something of a hybrid between a car and a bicycle. Or maybe it’s a cross between a scooter and a Segway. It promises some specific improvements over any of those options, but also a couple of significant apparent drawbacks. 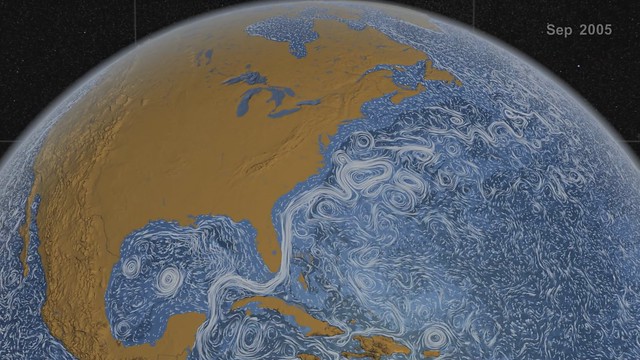 NASA visualizes all the world’s ocean currents. NASA Scientific Visualization Studio assembled this remarkable animation of the surface currents of our oceans. It’s called Perpetual Ocean, and the full work is 20 minutes of HD video, assembled from a huge amount of satellite, on location, and computational data generated by ECCO2 (Estimating the Circulation and Climate of the Ocean, Phase 2). ECCO2 itself exists to better understand our oceans and their role in the changing global climate.

Disney Research is developing a new generation of robots as a potential successor to the miniature smartphone-controlled Sphero BB-8 that you can buy today.

The entertainment company’s Zurich research lab, in partnership with ETH Zurich university, unveiled the VertiGo robot this week that can climb walls. VertiGo, which runs on four wheels, can seamlessly transition from ground navigation to wall climbing thanks to two tiltable propellers that provide the thrust. Paul Beardsley, principal research scientist at Disney Research Zurich, said one pair of wheels is steerable, and each propeller has two degrees of freedom for adjusting the direction of thrust. This allows the wheels to lift and climb over objects, or up walls.

“By transitioning from the ground to a wall and back again, VertiGo extends the ability of robots to travel through urban and indoor environments,” Beardsley writes in theresearch paper. “The robot is able to move on a wall quickly and with agility.”